As DOT Theatre of Istanbul we were delighted to come together with Edinburgh’s illustrious Royal Lyceum Theatre and the Edinburgh International Festival for an enthralling new Scottish/Turkish interpretation of avant-garde playwright Ionesco’s Rhinoceros in the summer of 2017. This production was presented in a new version by leading Scottish playwright Zinnie Harris, directed by the celebrated founder of DOT Theatre, Murat Daltaban, and performed by a diverse company of actors from Scotland and Turkey.

We are thrilled to be returning to The Lyceum in spring 2018 for a two week run in the season.

Eugène Ionesco’s classic 1959 play is an uproarious absurdist farce – and a chilling examination of conformism, nationalism, fascism and fundamentalism that has been compared with Orwell’s Animal Farm and Camus’s The Plague. It considers the countless ways in which humans are content to adapt themselves to new and horrifying circumstances, and give in to poisonous ideologies.

Speaking of her adaptation, playwright Zinnie Harris says: “I think Ionesco’s Rhinoceros is an immensely powerful and pertinent play for our times, if not a crucial play. It talks about mass movements, political discourse and how difficult it is to stand against a crowd – particularly one that is changing fast. The play is hilarious in places, witty and absurd – we are invited to laugh at the ridiculousness of the situation before we recognise ourselves. When David Grieg and I first started talking about this project, it felt important that is should have an international team behind it, as this play speaks to so many regions of the world in 2017, so it is very exciting that we are able to work with the brilliant Turkish theatre director Murat Daltaban and his team from Dot Theatre in Istanbul. Murat is a dynamic and imaginative director that will a wonderful aesthetic and heart to the production.”

Director Murat Daltaban says: “The destruction becomes a sound in Rhinoceros. It arrives with a sound. It infects people with a sound. It insidiously alters the world with a sound. The masses cheer when that sound grows louder. The sound makes the individual deaf to the others and it isolates them. When the sound moves beyond the boundaries, one cannot hear one’s own voice anymore. All forms of communication, the sound destructs it all… This world, with all its “noises”, takes over our limbs and paralyses the time and space we are in. In this uncanny world, we must try to hear each other out, without succumbing to the fear it spreads.”

Fergus Linehan, Edinburgh International Festival Director says: “The International Festival has had a working relationship with The Lyceum, one of our core Festival venues, for many years and I’m delighted that this develops in 2017 with our co-production of Rhinoceros. Part of a special season for our 70 th anniversary which sees four Scottish theatre companies consider the origins of European drama from a contemporary perspective, Rhinoceros brings together Scottish writer Zinnie Harris with one of Turkey’s most radical independent theatre companies, in a show that I’m sure will speak to the whole continent and beyond”

Exploring the themes of conformity, culture, and morality, Eugène Ionesco said in an interview in Le Monde (January 17, 1960): “I have been very much struck by what one might call the current of opinion, by its rapid evolution, its power of contagion, which is that of a real epidemic. People allow themselves suddenly to be invaded by a new religion, a doctrine, a fanaticism…At such moments we witness a veritable mental mutation. I don’t know if you have noticed it, but when people no longer share your opinions, when you can no longer make yourself understood by them, one has the impression of being confronted with monsters – rhinos, for example. They have that mixture of candour and ferocity. They would kill you with the best of consciences.”

DSM on The Book: OWEN THOMAS 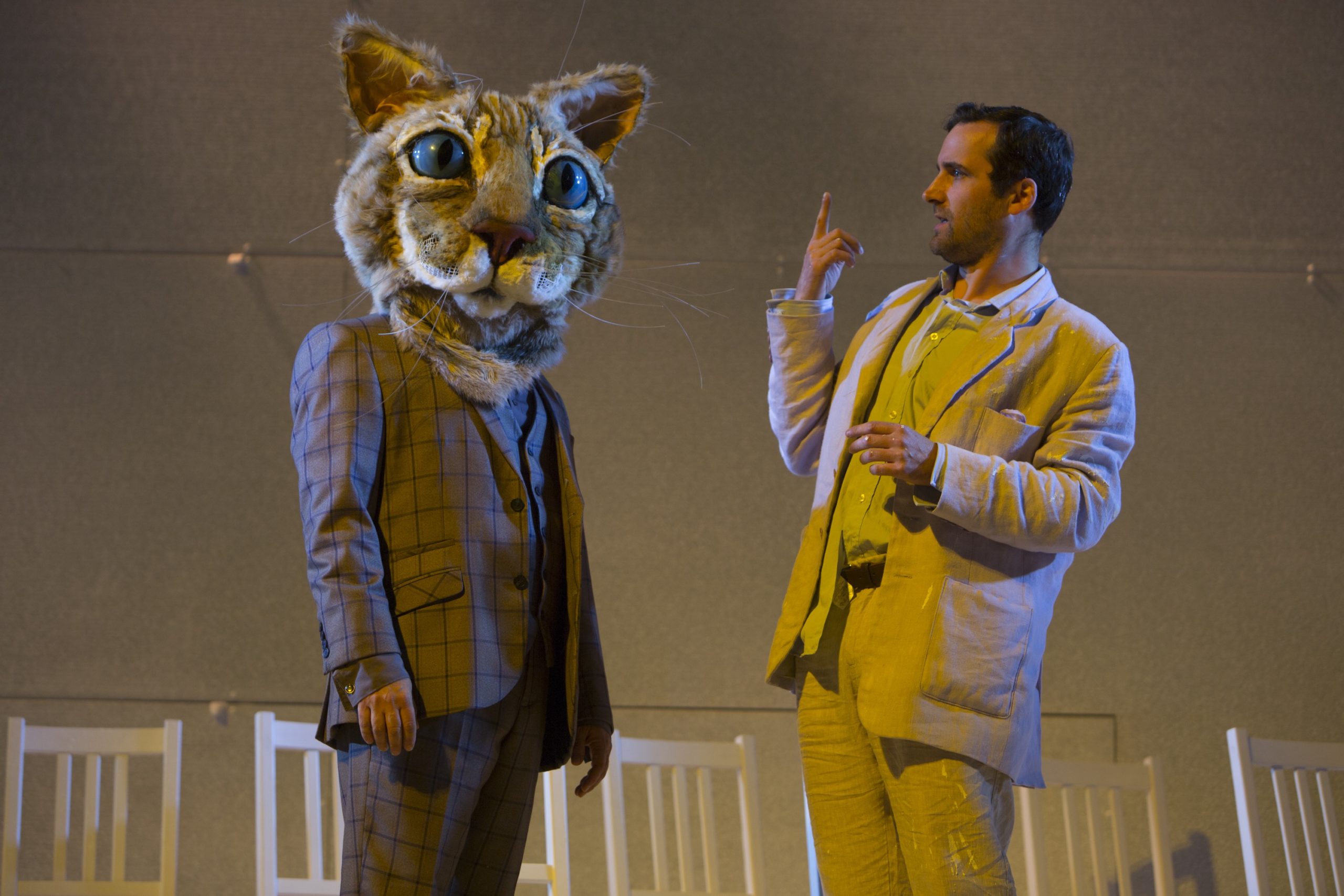 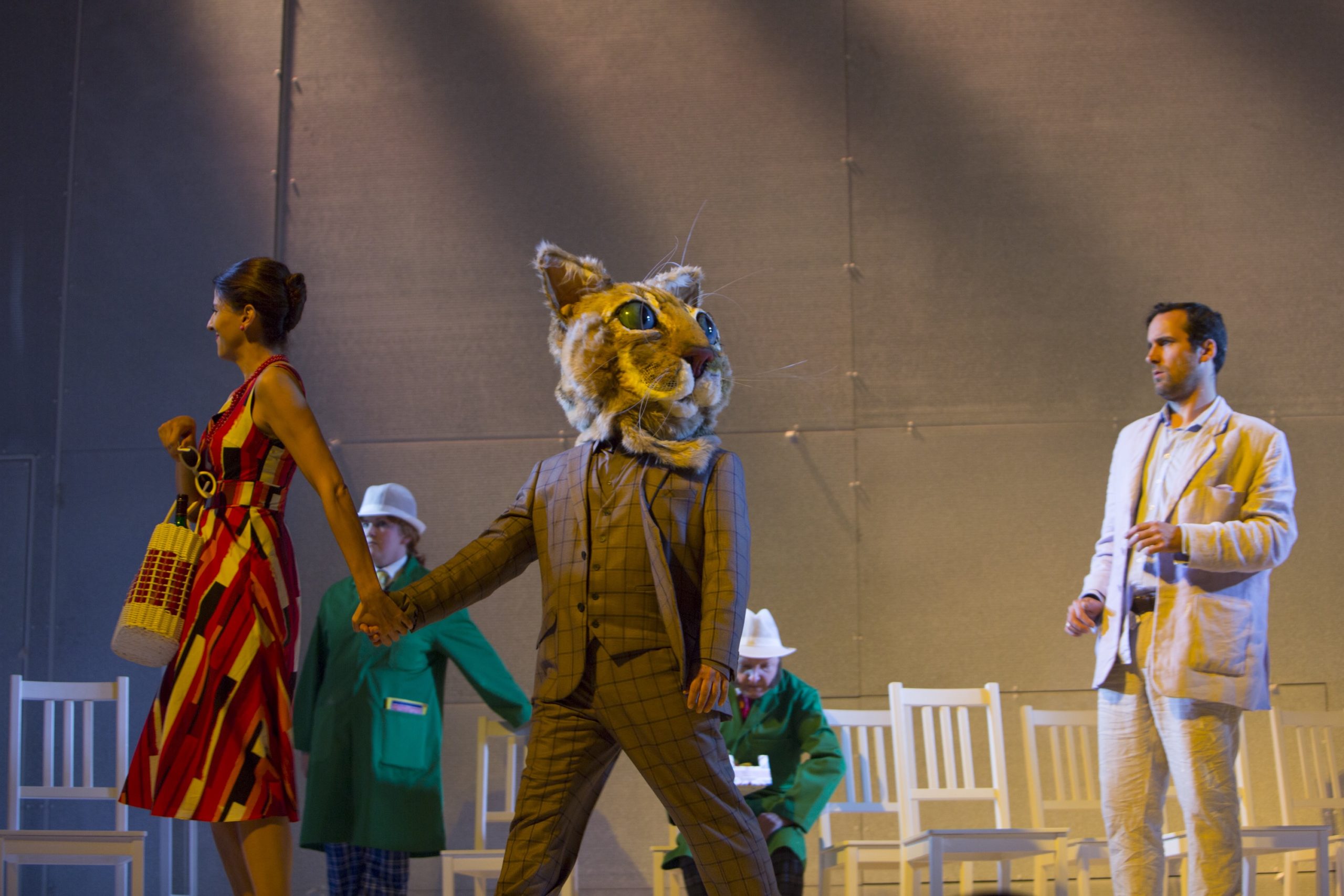 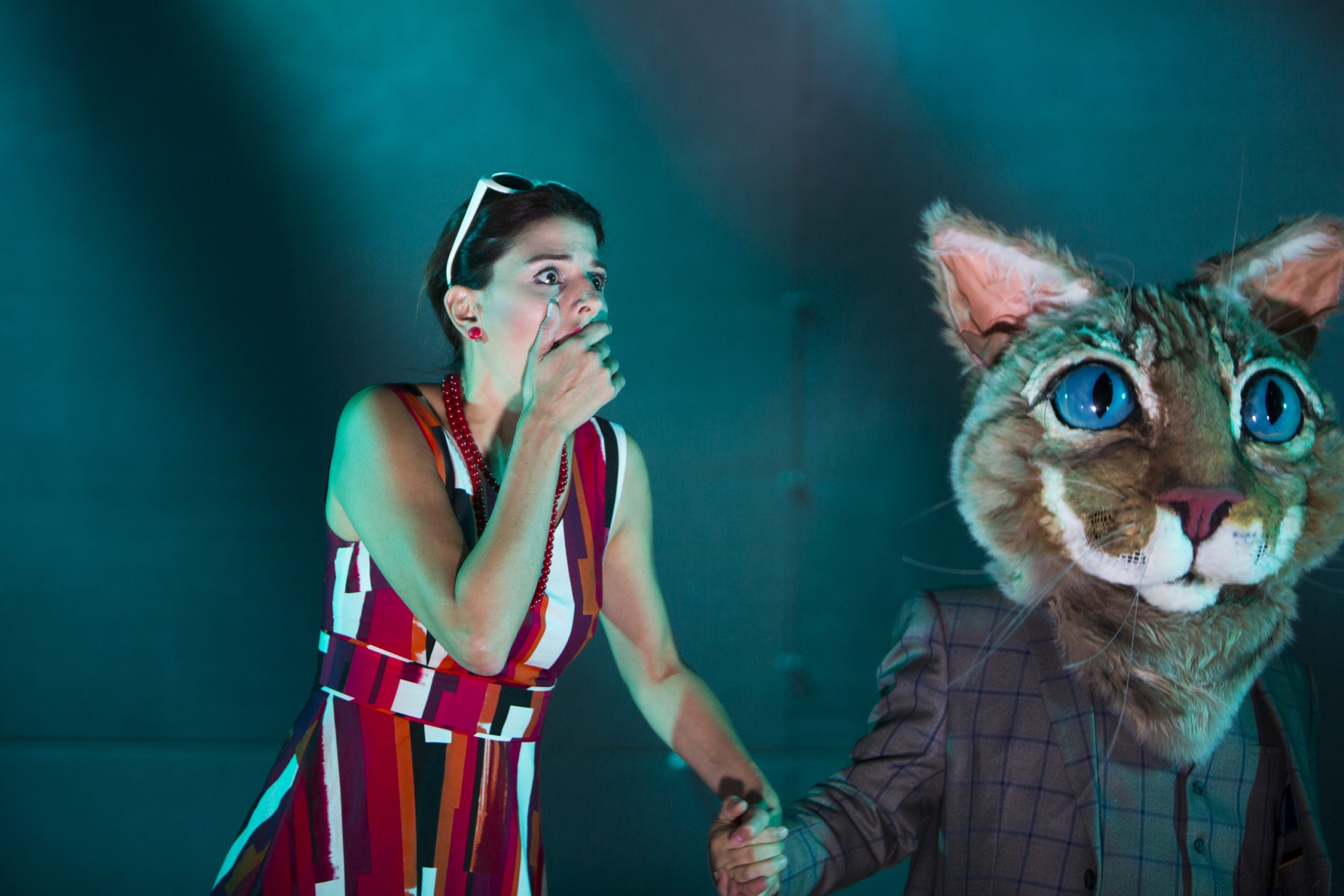 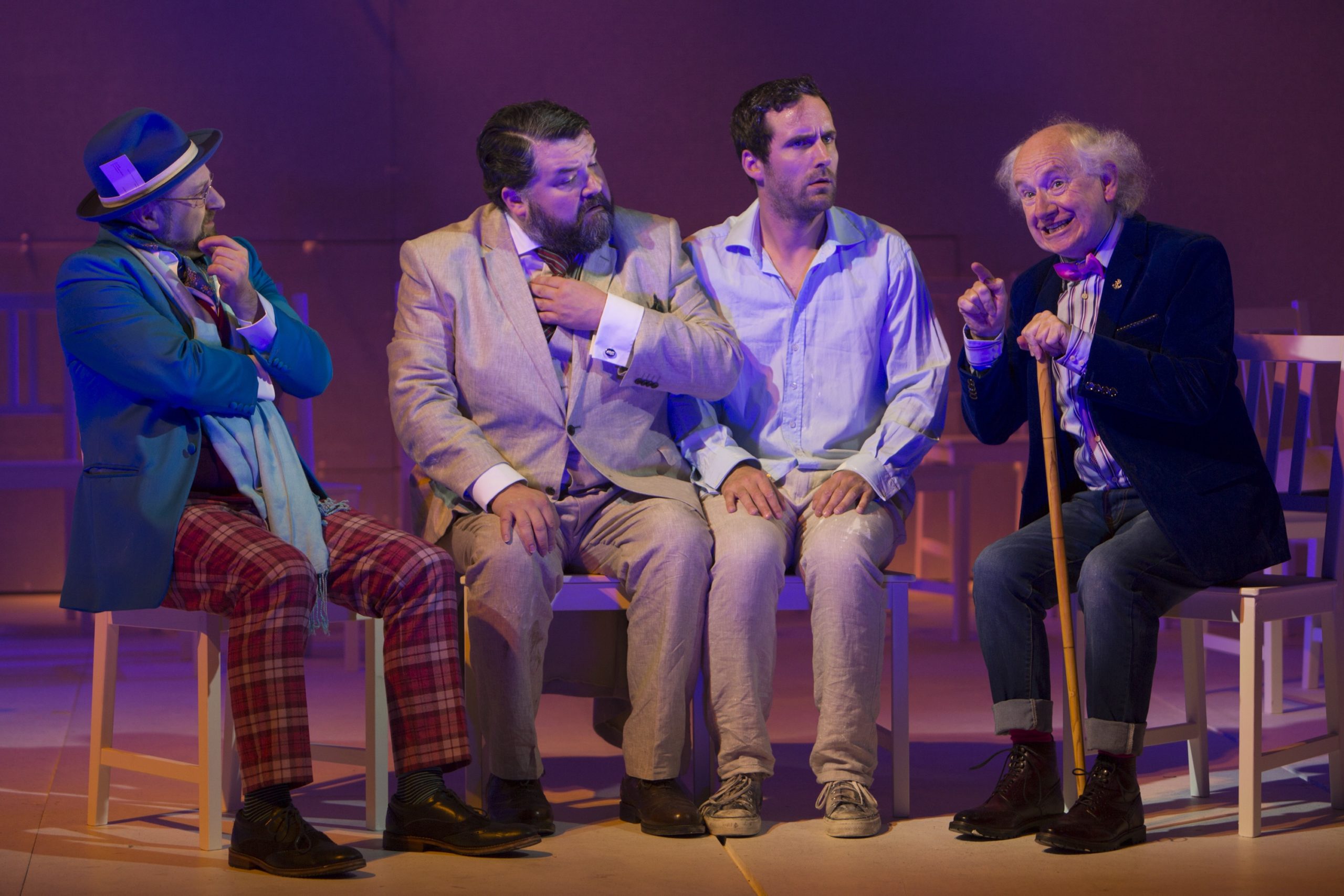 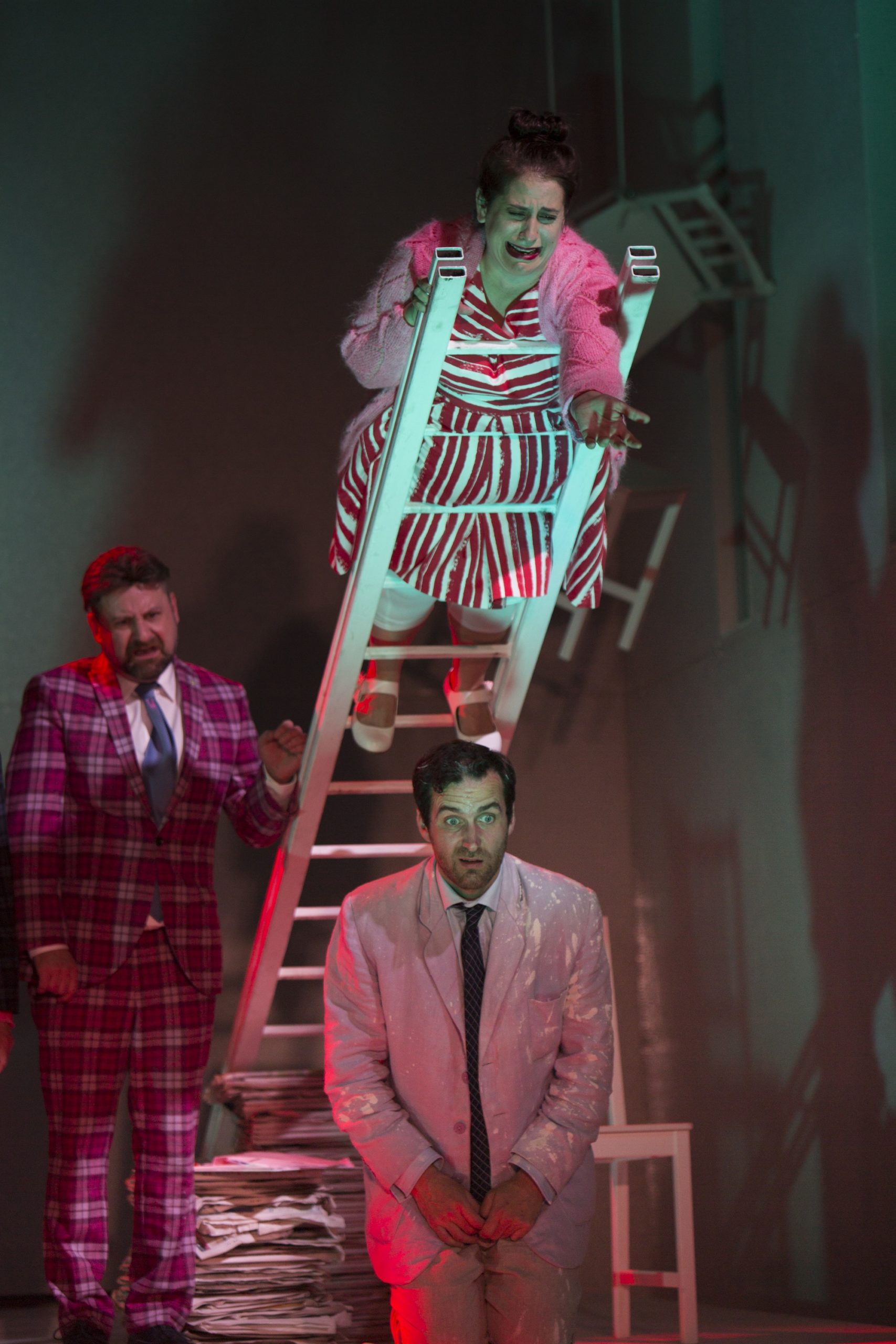 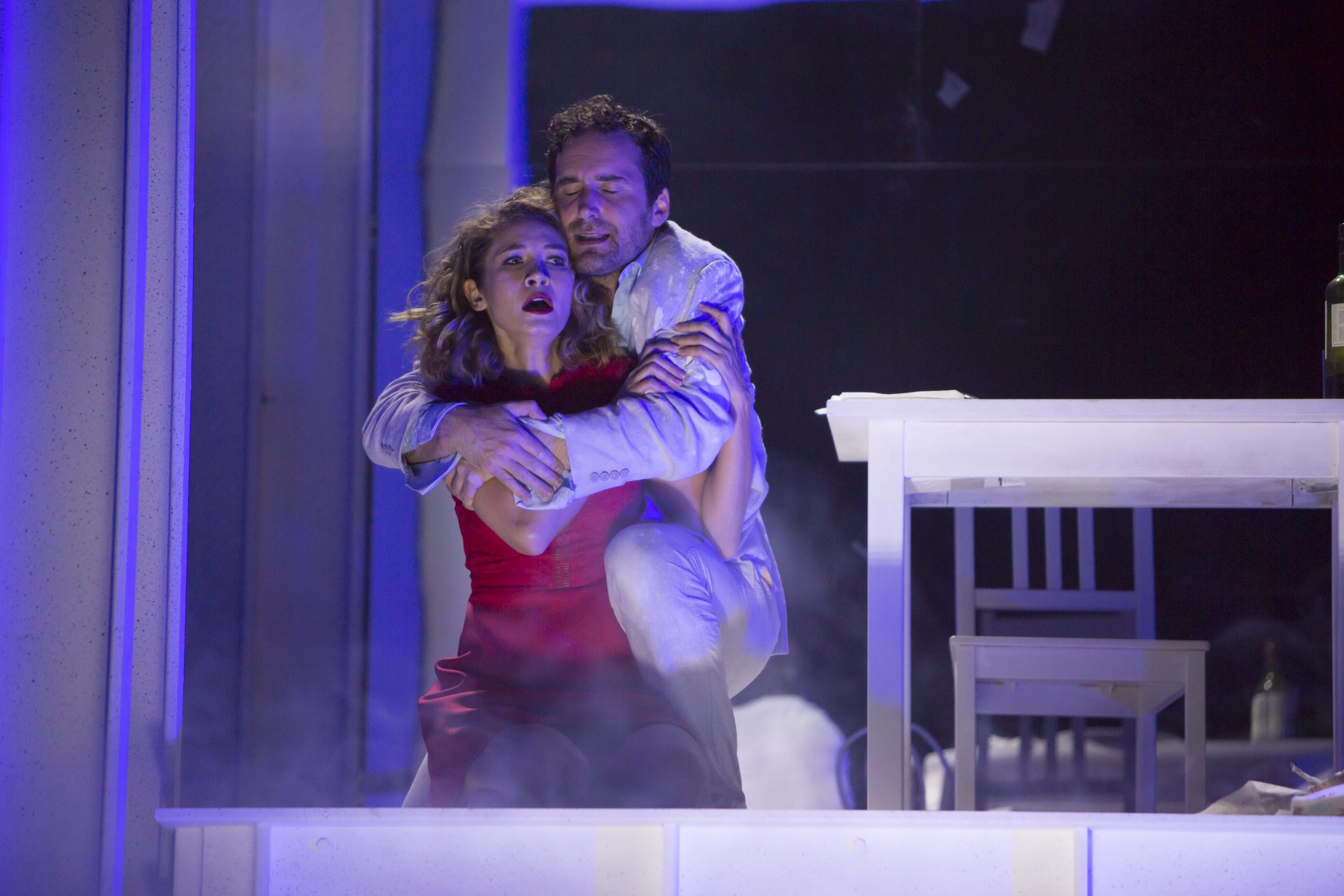 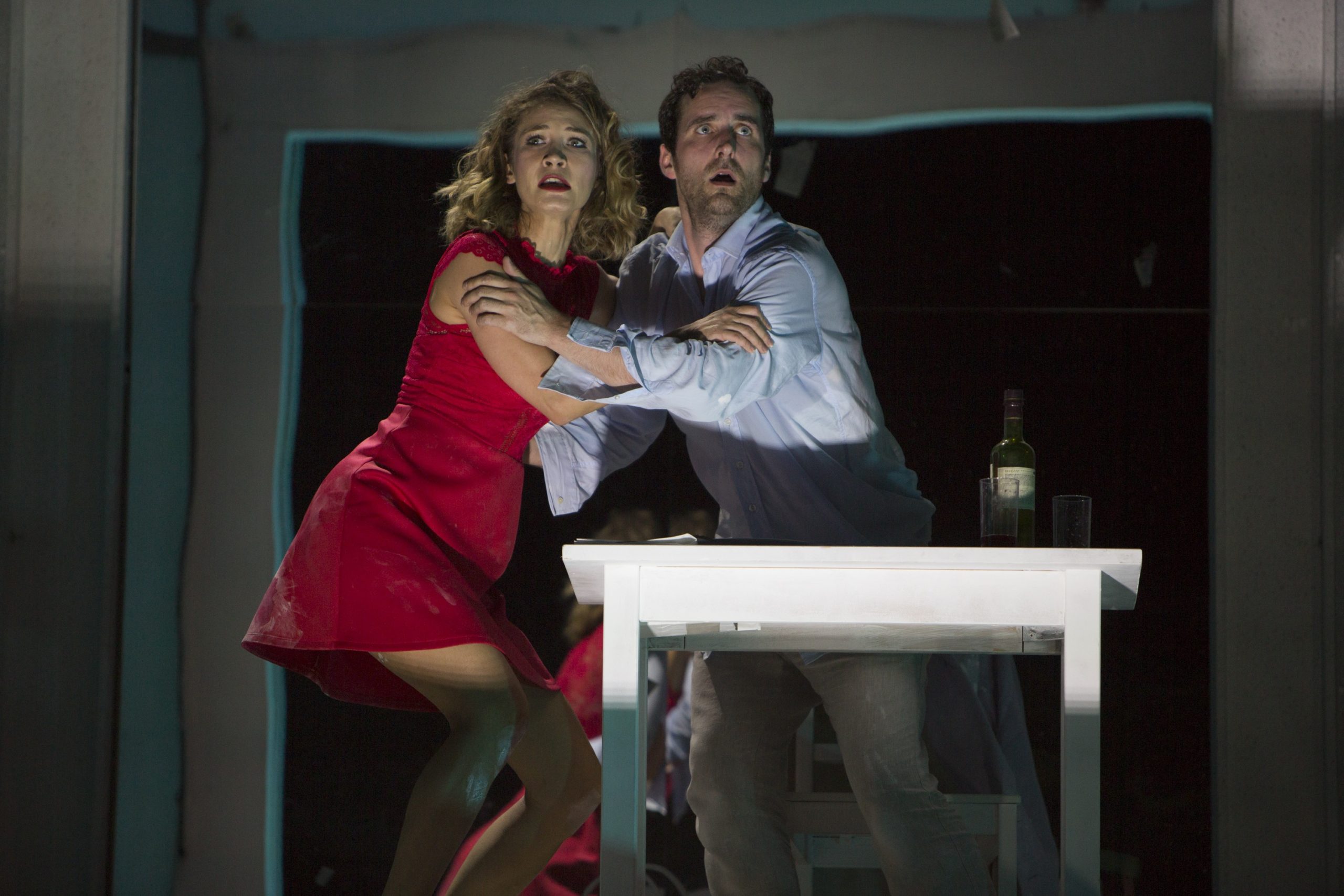 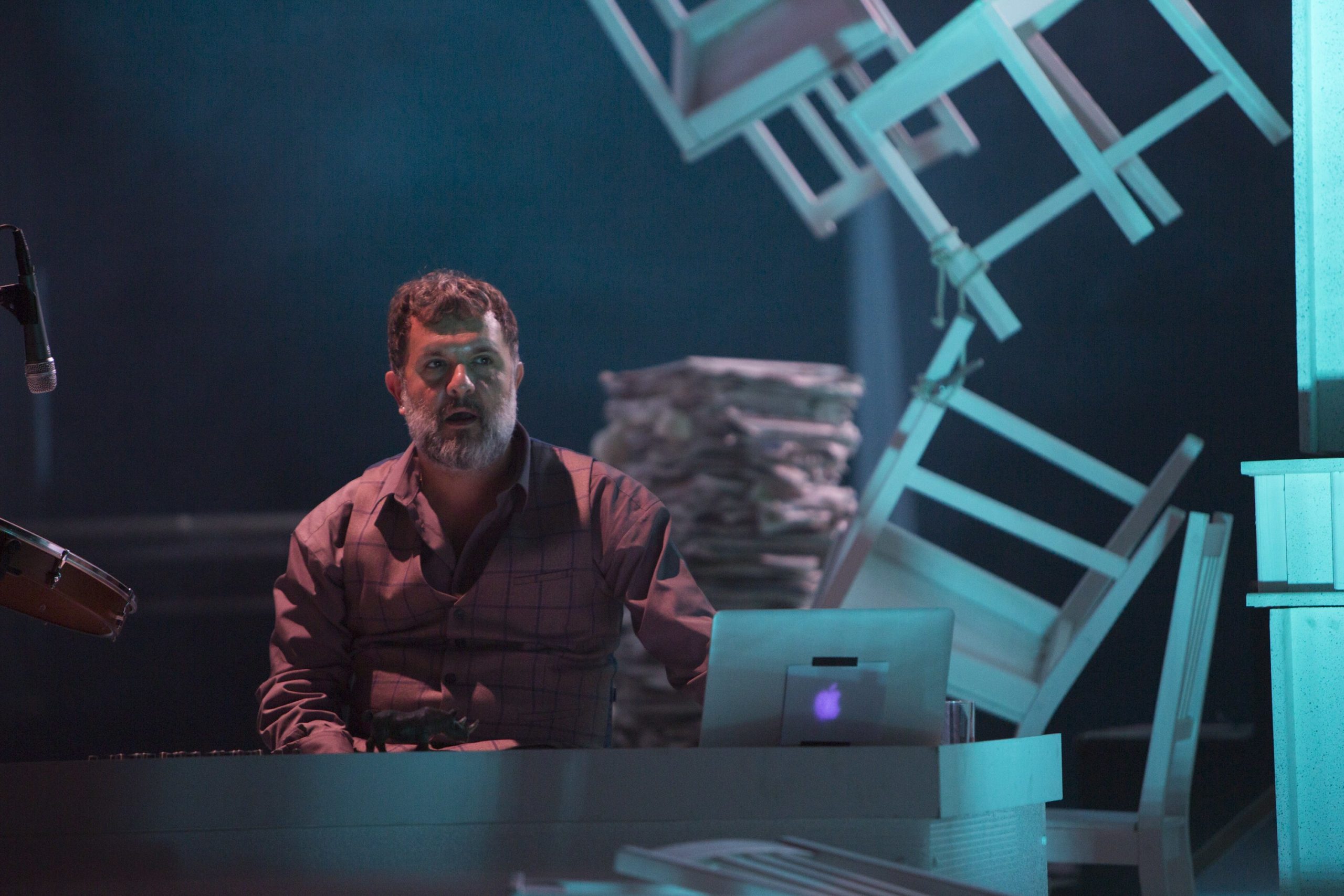 ★★★★★
‘an expose of human behaviour, conformity and communication…a fantastic night at the theatre’ Edinburg Guide

★★★★★
‘blazing with theatrical energy and wit’ The Scotsman

★★★★★
‘an elegant production, as entertaining as it is powerful’ The List

★★★★★
‘a remarkable achievement…as hilarious as it is desperate, and as urgent as it is compelling’ The Arts Desk

★★★★
‘an enjoyable, thought- provoking production under the direction of DOT theatre’s Murat Daltaban’ The Lothian

★★★★
‘Fascinating and wildly stylish’ The Times

★★★★
‘far smarter than a one-note topical satire’ The Independent

★★★★
‘This is a visually splendid production, with  pitch perfect acting, riding a tightrope between the absurd and the horrific’ SG Fringe

★★★
‘the production values are excellent’ Festmag